Todd Mercantile & Bakery – One bakery worth the drive!

Who doesn’t love a great bakery? Some people, who will remain unnamed, have been known to drive significantly out of their way for one. Think of warm cinnamon rolls with maple cream icing or fresh-baked cookies and pies to get your juices flowing. If you’ve never tried the Bakery at Todd Mercantile (the Merc), it is definitely worth the trip to Todd whether it’s on your way or a little out of your way. 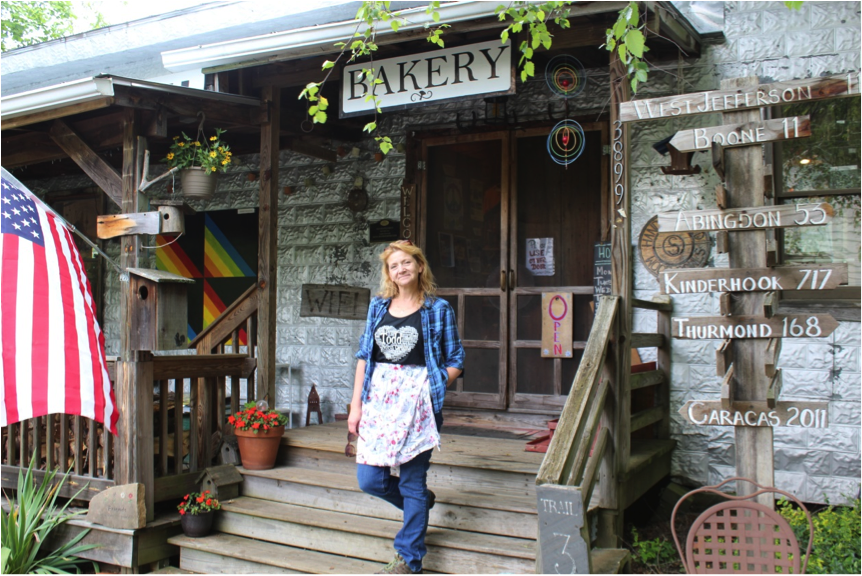 The proprietress of the Merc, which sells handcrafted art, gifts and a little bit of everything, and baker is Helen Barnes-Rielly. Helen began running the Merc and Bakery in downtown Todd over 5 years ago shortly after she moved to town. The Merc and Bakery happened to be up for sale at the time and Helen always knew that running a retail operation was in her future. So the stars were aligned and Helen’s new career and the hunt for the very best recipes began.

Helen’s signature baked goods are her cinnamon rolls with or without her maple cream icing on top. The picture above doesn’t say it all – they taste even better than they look. She invented the Todd Pocket which is a yeast roll with a surprise filling. Her freshly baked, ever growing menu also includes breads, pies, cakes, cupcakes, scones, cookies, sticky buns, turnovers, and croissants. This summer she will be expanding her signature cinnamon rolls to include orange cinnamon rolls, rolls with nuts and raisins and other surprise rolls. Plus, back by popular demand will be her Waffle Wednesdays! Starting June 21st! 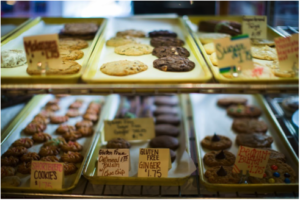 Helen bakes yummy gluten free, dairy free and sugar free options. Recently she added a cinnamon roll using an organic Italian wheat flour which most Celiac disease sufferers are able to enjoy. Items like apple cake made with mountain apples in the fall and holiday stollen using a variation of her grandmother’s recipe are added to the menu seasonally. Availability varies from day to day, so call the bakery at 336-877-5401 if you are interested in a particular item.

While you’re enjoying your baked goods, you can stroll around the Merc and find all sorts of treasures or perhaps catch a local musician playing. Helen sells a large selection of local, hand-made items like the trolls pictured below. Be sure to ask her about classes and dances that take place in the Merc as well. 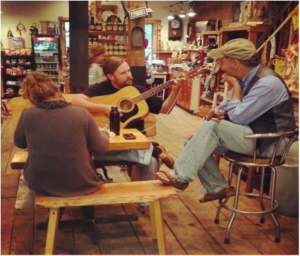 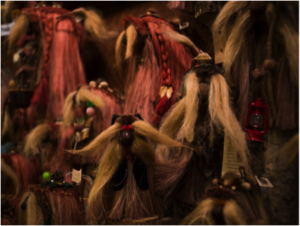 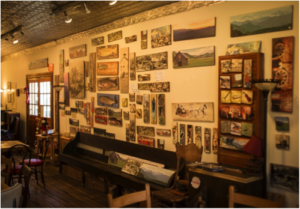 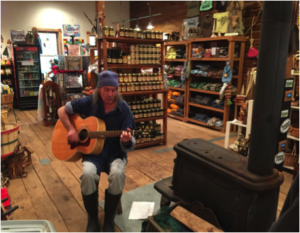 Located in downtown Todd, NC, at 3899 Todd Railroad Grade Road, the Todd Mercantile is the oldest ongoing business in town and is on the National Registry of Historic Places. The Todd Mercantile and Bakery is open 7 days a week throughout the summer and into the fall. To contact Helen to place a special order or to sign up for her newsletter, The Crumb, visit her Facebook page here or call 336-877-5401.